SFR is proud to officially welcome JESSE THE TREE to the Strange Famous family!

“Pigeon Man” is streaming everywhere you listen to music on August 19, 2022 via Strange Famous Digital, and at the SFR Bandcamp here.

Exclusive package deals, including a T-Shirt/MP3 Download combo and limited edition 7-Inch Records and Cassettes are available to pre-order here.

“SHAKEDOWN STREET” is the first video from the album!
Video shot by Pulp.Prints, edited by Mopes

After a decade of exploring the underground, touring territories most indie emcees never even glimpse, scattering his styles across singles and stages and Soundcloud streams, Jesse The Tree finally found a home right back where he started with the Ocean State’s own Strange Famous Records. And now that he’s home, it’s time to start letting the world hear what he had to offer:

“I wanted this project to be a next step in music for me – a way to reach more people who might relate to my writing, and a motivator for me to keep working and get better at what I do,” Jesse explains. “I’ve always considered music my preferred method for communicating my feelings and thoughts, and I hope that ‘Pigeon Man’ paints a picture of who I am for the listeners.” 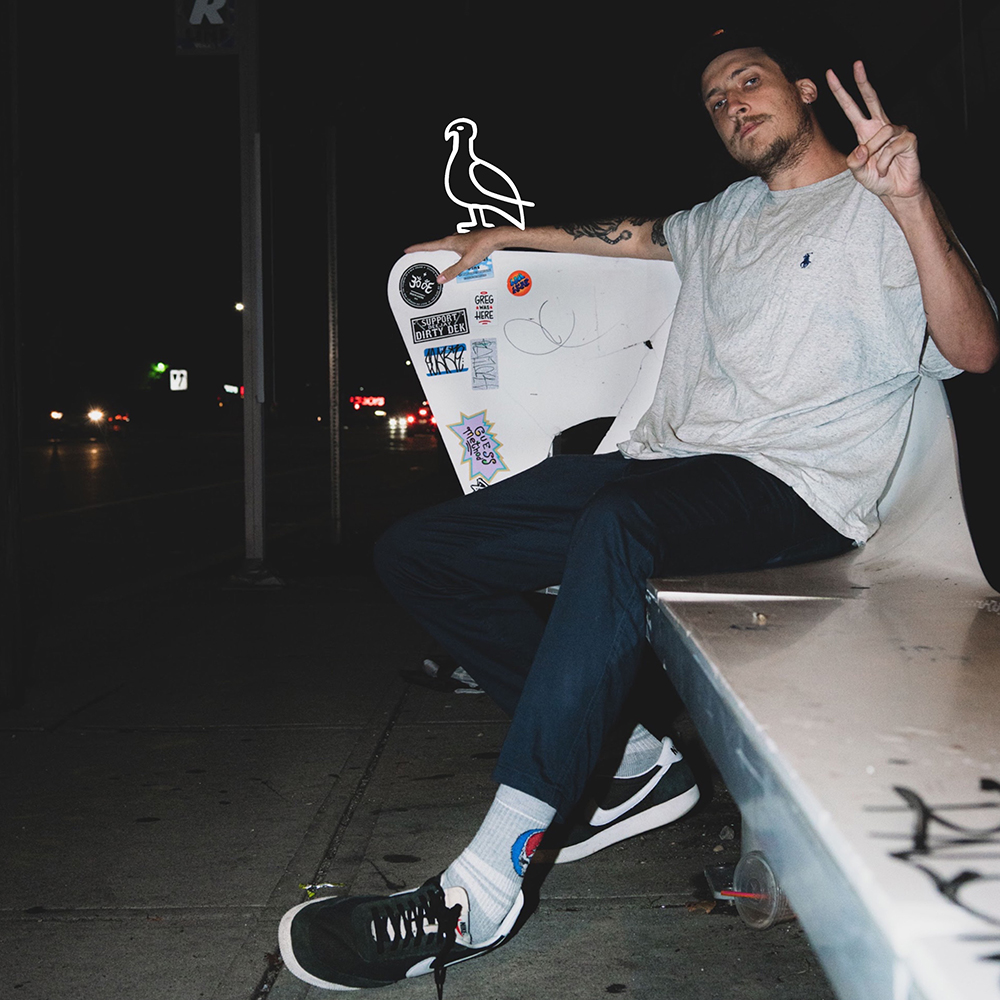 As for the creation of the record, Jesse explains what’s in a name: “I chose it because ‘Pigeon Man’ is one of the aliases I’ve used while creating music in the past, and over time a running theme of birds and flying started to emerge within my writing.” His influences range from a more traditionally organic and melodic corner of the music world to sounds closer to his own output: “At the time I was writing it, I was listening to a lot of Neil Young, Bill Callahan, Johnny Cash, Jeff Buckley… and then a lot of 1990s hip hop and contemporary underground stuff from my peers.”

Although Jesse is himself an experienced beatsmith, he was more than happy to embrace the opportunity to work with veteran producer Mopes (who has been the backbone of the recent slate of SFR releases, including a pair of solo releases and the debut EP from BlackLiq). Mopes described the immediate chemistry that the pair experienced: “I met and became instant friends with Jesse while making the beats for this project. We shared a lot of common interests and influences, both musically and otherwise. He’s super talented, funny, and has become one of my favorite people.”

Jesse found himself on the radar of SFR overlord Sage Francis in 2016, but not because Sage caught his set at a local New England venue or heard his name around his hometown. No, Sage had to head across the globe to witness Jesse, catching him at a festival in Germany while in town to see another act on the bill. The two kept in touch, and plans to add The Tree to the team solidified in 2020, with Jesse making his initial introduction to SFR listeners on Mopes’ self-titled EP (“Party McFly”) and ALXNDRBRWN’s epic “Glow Kid” album. Sage makes an appearance on the ‘Pigeon Man’ track “Bigger, Badder Wolf,” the originator of the Strange Famous sound ushering in a new era with the label’s latest find. 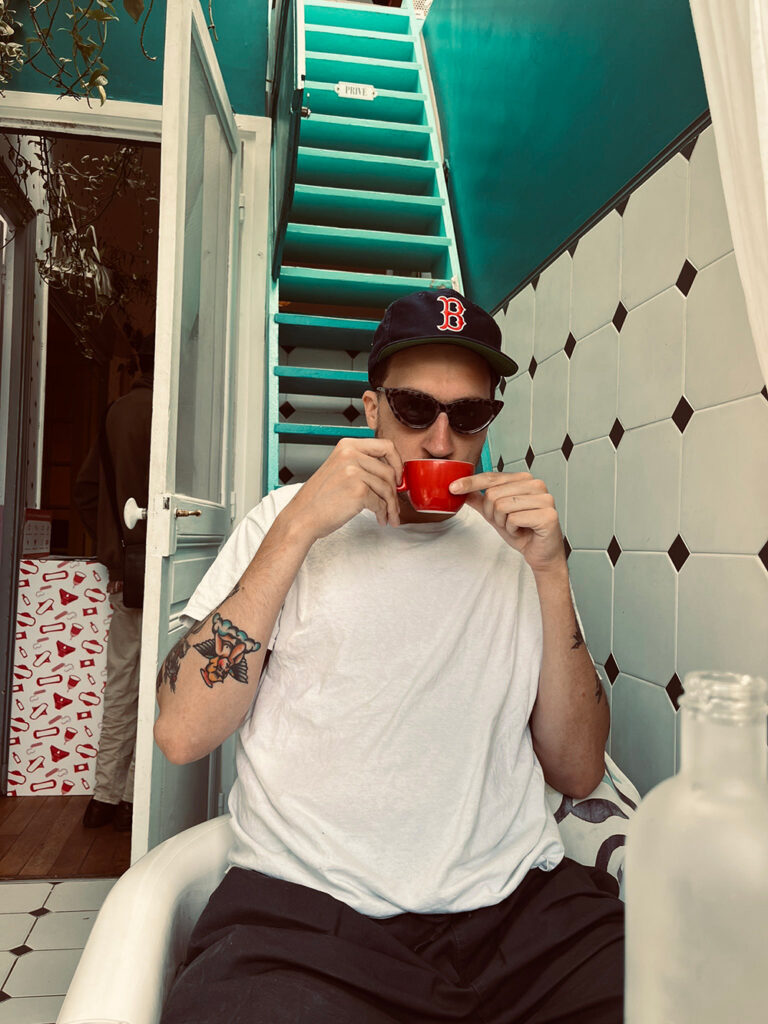 “I’ve known about SFR since I was in middle school through my older sisters. They burned me underground hip hop mix CDs and they introduced me to Sage’s albums. They would go to shows and bring me back merch, and I remember being so excited to finally be old enough to go with them. And now I’m signed to the label they introduced me to.”

At the beginning of his next chapter, Jesse sums up the road that led him here: “I’m really grateful for the whole ride, especially thinking back to when I was a kid daydreaming about making music and being inspired by Strange Famous.”

“Pigeon Man” is streaming everywhere you listen to music on August 19, 2022 via Strange Famous Digital, and at the SFR Bandcamp here.

Exclusive package deals, including a T-Shirt/MP3 Download combo and limited edition 7-Inch Records and Cassettes are available to pre-order here.

All songs written and performed by Jesse the Tree, except where noted
All songs produced by Mopes
All cuts by Buddy Peace
Mixed and Mastered by DJ Zole
Piano on “Flying Beatrice” played by ALXNDRBRWN
Guitar on “Blue Dream” and “Silhouette” played by Alan Hague
Artwork & design by Storm Davis
Photography by Alejo